Continue Reading How Many Support Interactions Are Needed to Fix a Website Breach?

Spoiler alert – The two “nails in the coffin” with respect to Elementor not being compatible with Woocommerce are:

Why you can’t use Elementor to create Woocommerce categories

What the other support teams were saying is essentially right.

The plugin (Elementor pro) won’t recognize it as an endpoint because it isn’t actually an archive page generated by WooCommerce (or WordPress for blog posts).

The plugin searches for archive and single pages (whether blog or product) and adds them to the breadcrumbs.

Standalone pages aren’t added since that’s not a part of what the plugin looks for.

In order for this to be recognized, you’ll have to create actual categories in WooCommerce (since you’re working with products) and create a template to display these within Elementor and that will ensure that the pages get picked up but look the way you want them to at the same time.

END_OF_DOCUMENT_TOKEN_TO_BE_REPLACED

Continue Reading Why is Elementor Not Suited for Woocommerce Shop Designs?

Your new format….. I can accept that you are doing Keto, but a “bird based email” (birdy brunch) should probably have bird info before all the other stuff you 2 are doing.

With all the spread-out interest you 2 have, you are spending less time on the basics: proper English:

Here’s an example from today:

Why are so people down and negative about free flight of birds?

On your pet project from the last year – it appears to be how to do websites.

END_OF_DOCUMENT_TOKEN_TO_BE_REPLACED

My company has an external blog (Angela Says http://angsays.wordpress.com )

And we are wondering if it would be beneficial SEO-wise to move this blog to our main site (Kiwi Services http://www.kiwiservices.com ) or if we should keep it external and start a new blog for the main site.

END_OF_DOCUMENT_TOKEN_TO_BE_REPLACED

Continue Reading Should I Make My External Blog An On Site Blog?

I’ve been troubled since the announcement of BERT (Bidirectional Encoder Representations from Transformers) by Google that had rolled out the week of October 25th, 2019.

Not by the SEO implications but by the dozens of grown men posting pictures of Bert from Bert and Ernie of Muppet fame.

END_OF_DOCUMENT_TOKEN_TO_BE_REPLACED

Hope your weekend is going well

When trying to add a new post in WordPress, the site times out.

I drilled down and it looks like a really quick fix – please provide a fix at your earliest convenience. (see SG support response below)

Thank you for contacting our Help Desk center!

This is why I checked the setup of the website I noticed that there are two URLs applied for it:

END_OF_DOCUMENT_TOKEN_TO_BE_REPLACED

If I were a cockatiel my crown would stand up straight when reading articles comparing web hosting sites like Shopify to WordPress. 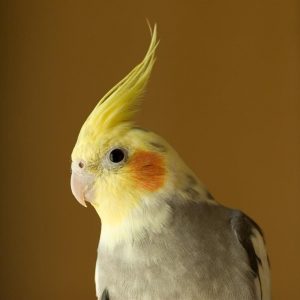 There are other examples but to start because it appears that many people don’t understand the cord differences.

Shopify is a hosted platform.

You rent their servers, use their templates and are beholden to their support.

WordPress is open source – it’s free, anyone can start a WordPress site although they will lead a host with the server to mount it on.

END_OF_DOCUMENT_TOKEN_TO_BE_REPLACED

In 2004 having taken the reins of IT duties for Windy City Parrot, I moved the website from a desktop server under Catherine’s desk to a server somewhere that I forget, but within a few months enough web hosts pissed me off until I ended up on a Wolfpaw server in Tenafly, New Jersey.

We’ve been in the cloud for 15 years.

In 2005 when our Milwaukee Street (Chicago) facility burned to the ground.

Had our website been on Catherine’s desktop server with all the local backup we would have lost the entire website and would’ve had to start from scratch.

With the site on a remote server we just needed new computers so we could talk to the Internet once again.

END_OF_DOCUMENT_TOKEN_TO_BE_REPLACED

I thought some history of credit card processing would be a good base to build this post upon.

Going back as far as 9000 BC one could use cattle, camels and fish as currency.

You had to spend the fish fast.

“In the Dutch National Archives is the only known primary reference to the Manhattan sale: a letter written by Dutch merchant Pieter Schage on November 5, 1626, to directors of the West India Company, which was instrumental in the exploration and settlement of “New Netherland.” In the letter, he writes, “They have purchased the Island of Manhattes from the savages for the value of 60 guilders.” (There is a surviving deed for Manhattan and Long Island, but this was made well after this initial Manhattan purchase, when the Dutch had already been inhabiting the island for several decades.)

As far back as 5000 years ago Mesopotamians used clay tablets but found them to be impractical for their wallets and purses.

Melting down tons of copper was not a much better option as you needed a horse and cart full of copper to go shopping at the renaissance mall.

In the 19th century, merchants would use “credit coins” and “charge plates” to extend credit for local farmers and ranchers, providing credit until their crops and livestock were sold.

Growing up in the 20th century long before Internet, payments were primarily made in cash or with a paper check.

In1946 guy by the name of John Biggins, a banker created the”Charge-it” card.

Purchases were forwarded to Mr. Biggins bank who reimbursed the merchant and chased the customers for payments.

This was coined the “closed loop system.”

Charge cards like the Diners Club card and American Express emerged but banks found a gravy train with consumer cards providing revolving credit with Bank of America leading the charge <-pun, in 1958.

Franklin’s marketing plan was to mail out thousands of cards arbitrarily to folks in California.

Bringing us to “now,” the buffet of payment processing choices is large enough for a kings celebration.

Good luck with that.

What’s even more remarkable is the exponential explosion of companies and methods for processing money online.

Here are a few that I found, I’m sure there are more

Every article you’ll read and all the questions you  see on LinkedIn about merchant processors sound like:

“What’s the best merchant processing rate I can find?”

“What are all those fees and will they keep me PCI DSS compliant?”

Editor’s note – We currently use PayPal exclusively online for credit card processing (and PayPal Express) which does not require PCI DSS compliance.

END_OF_DOCUMENT_TOKEN_TO_BE_REPLACED

Young stressed handsome businessman working at desk in modern office shouting at laptop screen and being angry about e-mail spam. Collage with a mountain of crumpled paper. Business, internet concept

Why I see social media imploding under its own weight.

None of the big-brained internet CEO’s nor the billions of people who walk the planet with a not-so-smart-phone held out in front of them so they can interact with people not close have figured out what James Madison meant when he wrote the first amendment.

Congress shall make no law respecting an establishment of religion, or prohibiting the free exercise thereof; or abridging the freedom of speech, or of the press; or the right of the people peaceably to assemble, and to petition the Government for a redress of grievances.

A couple of little hiccups as reported by the Washington post cropped up:

“The first lesson is that it’s hard.”

END_OF_DOCUMENT_TOKEN_TO_BE_REPLACED

17 years as web developers, SEO's, content writers AND running eCommerce websites has taught us many lessons. The first of which is "the internet is very fluid".